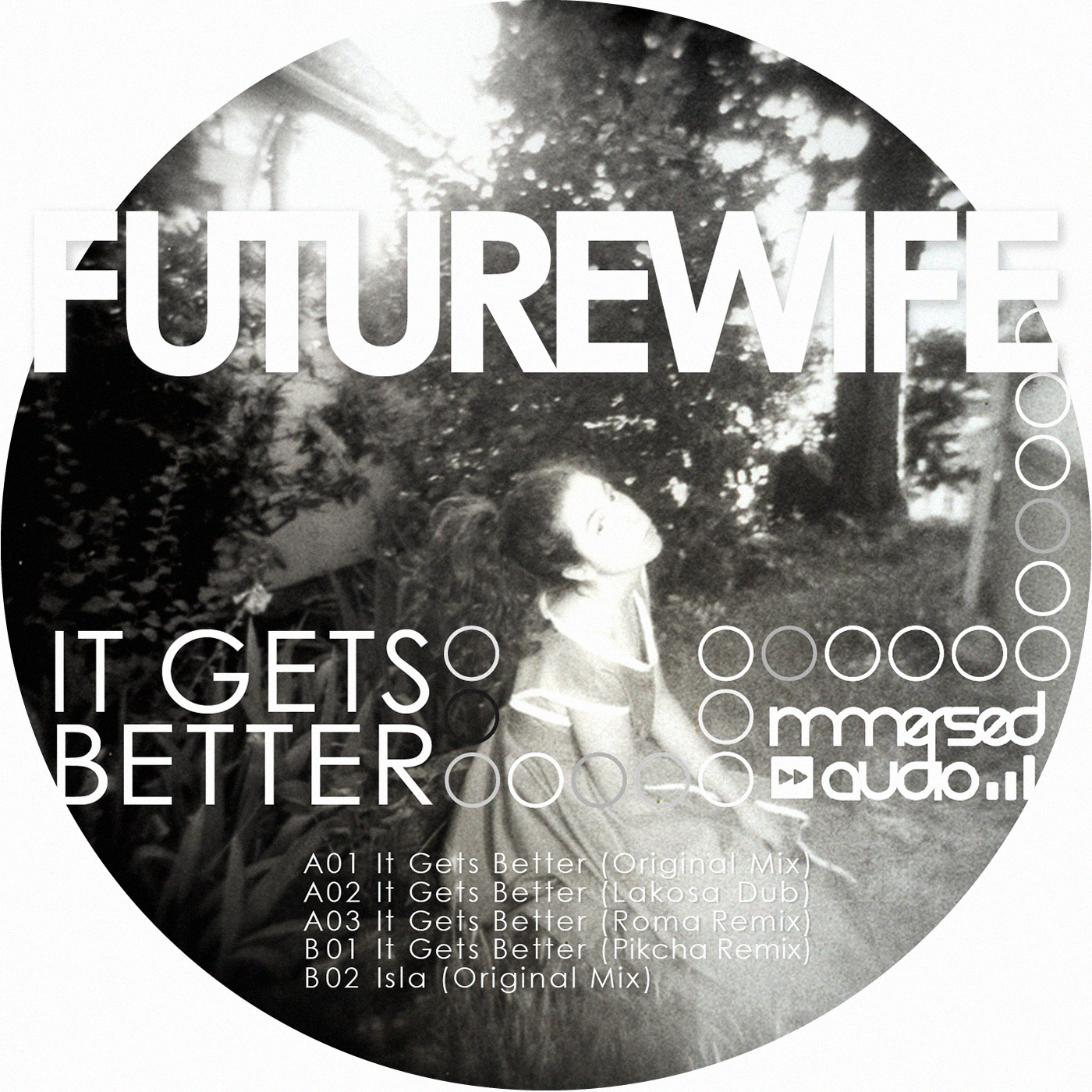 'Seattle's Futurewife is a one man production outfit who's bass fuelled moody disco had been blowing our minds over the last year. Following up a debut release on Mortar & Pestle alongside a string of remixes for the likes of PYT Records, Indo Silver Records and Foreign Friends, is "It Gets Better" on our very own IA Records.'


Next release from the IA Records label comes from Seattle's Futurewife.

The title track 'It Gets Better' has a beat that marches along with thudding kicks and snares that smash in the background, while pads soar across the low end and melodies tinker away. Vocals are plentifully chopped and pitched all over this, helping to bring the second build to a wonderful crescendo.

When all the track elements are progressively brought together it makes for some almost euphoric listening.

The remixes come from Lakosa, Roma and Pickcha with the first two helpings nearing on the sound of bliss. Lakosa's is drenched in deep tech noises, while Roma's is a more spaced out affair. Both have a hypnotic, perhaps lazy groove to them that washing you away with them as they amble away.

From the haze of those remixes you get Pickha's take on the original, who brings together a glitch filled up-tempo jam that hits hard on the drop.

The final track is another Futurewife original, 'Isla' that muses repetitive snyths and beautifully deep 808 drops gradually building into the deeper side.

In anticipation for the release you can grab Futurewife's 'Shutter Release' as a free download via XLR8R, stream below...