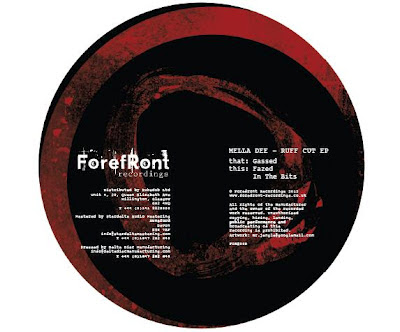 'One half of the prolific duo Mista Men, Mella Dee, steps up for his second EP of 2012 following up the recent CTRL EP on Coyote Records. Having already had a slew of releases under the Mista Men guise with production partner Woozee...

The Ruffcut EP sees the Doncaster-based producer exemplify his skills as a solo producer touching upon House, Garage and even Grime territory for a snapshot of his own personal influences.'


The amount of material that is coming though the Mista Men collective both individually and collectively is relentless. The 'Ruff Cut' EP comes from Mella Dee, on the back of releasing 'CTRL' on Coyote Records.

The highlights for me are opening track 'Gassed' and 'Fazed'. Utilizing a spoken vocal sample of Crazy Titch that creates a brooding build excellently and transends into a industrial tech-styled grime riddim with plenty of menace.

'Fazed' muses fantastically with plenty of layers keeping the track busy and moving, in the same vein as Paleman and South London Ordnance. Baselines jostle with shuffling drum rhythms while a female vocal sample weaves in and out over the top. A great track.