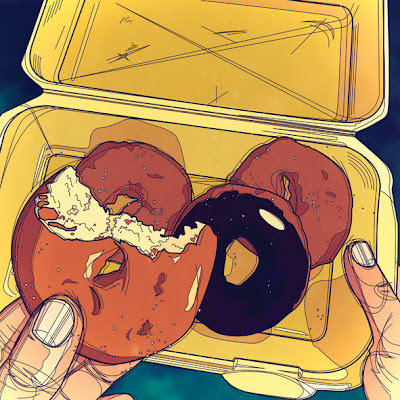 'The A-side ‘Donuts’, a 4/4 danceﬂoor track inﬂuenced by kuduro rhythms features an introductory vocal from ‘Godfather of Grime’ Wiley , while B-side ‘The People’ is a garage-tinged track with organic claps and offkilter beats as suited to the bedroom as it is the danceﬂoor.'

Been waiting a while for this 'Donuts' tune to be release from Pusherman.

An absolute stormer of a tune with a drop that smacks hard. Applying brilliantly a hilarious Wiley sample with great effect in a track that is a hybrid of multiple genre's.

'The People' is a slightly different animal as it build excellently, utilizing a cut up vocal which shutters over the track in anticipation. The beats, melodies and rhythms are enough to make his a serious problem in many people's sets. Fantastic second build that works so well with the vocal sample.

As for the remixes Diamond Raw take the original 'Donuts' into a completely different territory, giving it tribal rhythms and plenty of low-end. Naive Machine unleash rapid-fire snare fills, deep kicks and computer game styled melodies over their remix of 'The People'.

Solid package from Pusherman released by Audio Doughnuts on 12" and Digital.

Also have to add that I LOVE the artwork for this project. Great stuff. 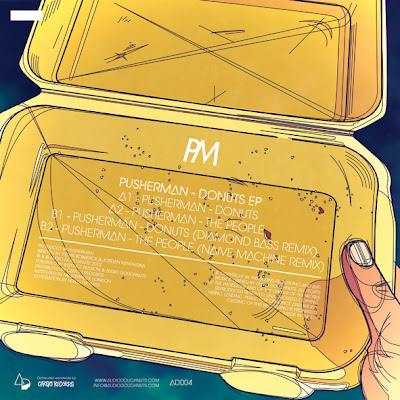