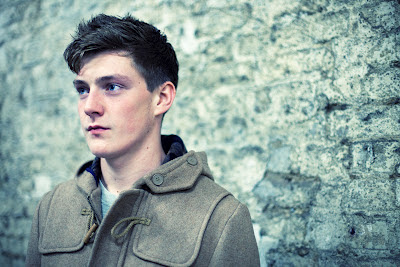 "Brighton based Will Knighton is regarded as one of the most hotly tipped young producers and DJʼs to emerge from the UK Bass scene.

Blurring the lines between house, dubstep and drum and bass, Dismantle was catapulted into the limelight after his massive ʻComputationʼ track, getting hammered by the likes of Annie Mac, Diplo, Skream, Zane Lowe, Mista Jam, Toddla T and all the key tastes makers."

*Click the play button at the bottom right to listen to all the embedded tracks.


Firstly, how's your summer going? I managed to catch a part of your set at Lovebox a few weeks ago, the whole of Digital Soundboy were smashing it.

Summer is going great thanks. Festival season has been going for a few weeks for me now and all of the ones so far have been sick!

Lovebox was my first ever stage show. It was a right buzz but kinda scary as well!

You signed to Digital Soundboy in January and you release your debut EP on the label. What have been the biggest plus points to being on a label like DS?

I suppose the best thing is getting to work with people who are experienced and know exactly what they're doing. I've looked up to everyone on Digital Soundboy for years now, so to be working with them on a daily basis is a big achievement for me.

They've all put so much individual effort into my new EP; whether it's advice on tracks, mix downs or just even playing them out. I'm glad to be involved with the team.

How did the link up with the label happen?

Well, long story short, it all started when Kutz asked about ‘Warp’ after I played it at a night in Brighton. Two days later he played it on Rinse FM and Breakage’s brother happened to be listening. He showed it to Breakage who subsequently showed it to Shy, who then asked me if I wanted to sign it.

I remember the exact day. I couldn't believe it. Several months later they asked me if I wanted to sign to the label...

When I interviewed B.Traits your label mate, she mentioned your track 'More Funk' which coincidently is on the EP, so I've especially been waiting a little while to hear it. How long has the release been in production?

Quite a while. I’ve had a lot of releases this year so we had to find the right date and generate all the promo for it. We wanted to get everything just right. We've all put a lot of effort into it and I reckon it has definitely paid off!

You dropped 'Computation' which a lot of big people (Annie Mac, Skream & Benga to name a few) got behind. Did that recognition take you by surprise or  did you already think in your mind that it had the power to reach those types of people?

It's definitely my most well known tune and whenever I play it, it always goes down well. However, I never thought it would do as well as it did.

It's reached a lot of people who are still playing it now and I thank everyone who has supported it. I’ve seen a lot of random people that I'd never thought would even like it, play it. It's just how some tracks take off. Every producer in the scene has had one.


Your productions trend on so many different aspects of dance music. How are you influenced when making tracks?

I’m influenced by all kinds of music really. I do make a lot of different stuff when I can, but at the time I made all the tracks I'm known for I was listening to a lot of Dutch house. This inspired me to make something similar but at 140 and alongside a few Dubstep influences.

What's the most outrageously funny genre your music been called that you've seen or heard?

It's crazy how people can't count bpm. I guess it’s because Moombahton is slowed down Dutch house and mine has house influences.

How did you get into making music? I know Brighton have a few university and college courses in music production.

I got into music production when I was 14 and djing when I was 13. I did go on a couple of music courses but I think sitting at home and making tune after tune was what did it for me.

Since putting out your first material has your studio set up changed a lot?

Nope, not at all! But that's going to change. I need some new inspiration and some new equipment!

When you first started producing or getting out your tunes, had you envisioned that you would do doing this for a living?

Up until about two years ago I just made tunes for fun, but when I got signed I realised it could really happen. It’s always been a dream.


Rounder Records closed down earlier this week and as your from Brighton I wondered what your thoughts were?

Devastated! I bought my first record there 6 years ago and I knew the owners well.

It goes to show how independent record shops can't keep up with all the illegal downloads and stuff kids are doing these days. It doesn’t help being in a recession either.

It's so saddening and I hope all the best to all the guys who worked there!

I also wanted to know what your feelings on vinyl were, are you in that vinyl buying culture and do you see it being relative to dance music still?

I respect people who collect vinyl still but I haven't been collecting for about 3 years now. I get new tracks every week which I want to play out. Obviously burning them onto cd is easier for me.

It is still relative to dance music but not so much to technology as new things are being used for djing each year.


Sharing is caring. Can you recommend anyone for us to check out, anyone your especially feeling at the moment?

Hurley and Bolger - new people on a label I run who are making some sick dancefloor tracks.

Lastly, what's the plan for the rest of the year?

Work on my next EP and keep on gigging. I’ll also hopefully go on tour in Australia by the end of the year / start of the year.

Thanks for speaking with dpm! Good luck with everything and the release.

Cheers! And thanks for having me.

Below is a promo video where Dismantle takes you around his home town manor of Brighton...