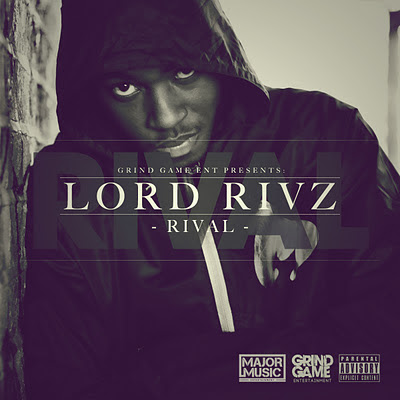 “Rival is at the forefront of the next generation of Grime MCs taking the music back to its roots ” – Logan Sama. 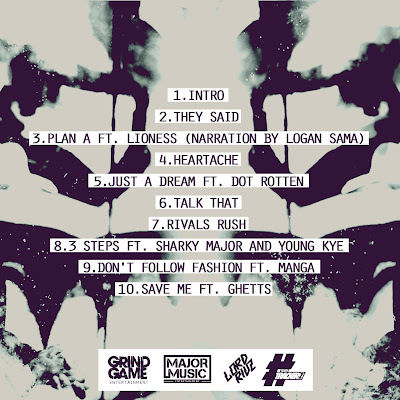 After the trippy, murky sounds of the introduction, the 'Lord Rivz' EP kicks into full gear with 'They Said'. Rival's verses effortlessly glide along a baseline lead 8-bar riddim and with the hook he becomes increasingly meaner, furiously tearing up the hook. This is the type of grime that could get anyone hyped, all the elements are there.

'Plan A' brings in Logan Sama to narrate a story set around a honey trap and this sees Rival trading bars with the talented Lioness, over a production full of jittery sounds that could have been lifted from a Nintendo. Rival and Lioness really add pace to the track, keeping you engaged throughout, something that some MCs struggle to provide.

Rival then goes a little deeper than just straight 8 bar grime, with track such as 'Heartache' and 'Just a Dream'. Both use heavy sample usage for the overall production, but Rival makes them his own. Especially on 'Just a Dream', which did make me raise an eyebrow, but as soon as the beat kicked in Rival takes over.

His flow and delivery is fierce throughout and Rival switches up his styles relentlessly. '3 Steps' is a perfect example of this, where Rival really attacks both the verse and the chorus. The tone of his voice reminds me slightly of Giggs, although maybe not as gully, but with a bit more clarity. In everything he spits on this EP, you genuinely get a sense that he knows and has done what he's talking about.

Rival is at his best with the Ghetts guested 'Save Me'. Over a reverberating vocal and guitar laden backdrop both MC's share honest lines with the listener.

Overall, the EP is a good body of work that goes a long way to showcase the range of Rival. Quite a few highlights from the EP are when the pace is slowed down. At it's grimiest, the production will have you nodding your head, while the lyricism and flow of Rival will have you screwing your face.

Recommended Listening: They Said, Plan A, Just a Dream and Save Me.

Rival's 'Lord Rivz' EP will be out digitally (iTunes, Amazon) on 21st November 2011. Physical copies will be available from majormusicentertaiment.com.