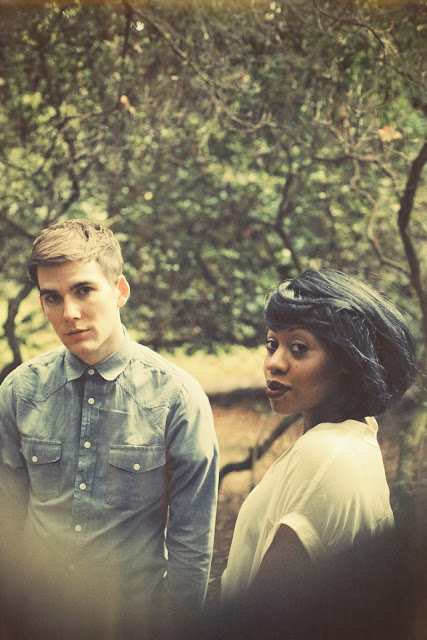 I got the opportunity to have a great chat with Tracey from 14th last week and we got to discuss the reaction to their single 'Hide Yourself, the bands influences, their creative process and what's in store for them in the future.

dpm: I really enjoyed 'Hide Yourself'. Your getting a lot of really good positive reactions to it. How does that feel to get that kind of reaction?

dpm: A lot of the blogs seem to be tying you into a lot of different genre’s, trying to categorising your sound. Does that amuse you?

dpm: Yeah, I mean, I found it funny because I was going through each blog post and everyone mentioned a different genre.

14th: Yeah, yeah, yeah, completely. Personally, I find it interesting because I think one of the hardest questions sometimes is when your asked 'what you do and what you make?' We just concentrate on making something that we love and something we like the sound of. Obviously there’s some really clear influences, like late 90’s early 2000’s dance and the UK garage sound that’s in there.

It’s so interesting that we're on soul websites and people are really saying that this is a soul song. I’ve never thought that our song was like soul music. It’s so funny. In the beginning I was so dubious about the word soul because I never thought that I had a ‘soul’ vocal.

Acually, I do agree with you that’s it’s been quite funny. It’s really cool that people want to like it and just want to put it somewhere where they can understand it.

dpm: I actually think that I’m guilty of saying that it was soulful.

14th: I actually don’t mind. I’m thinking of giving it that title myself.

dpm: Looking at 4 or 5 different blog entries, it went from being described as Funky House to Garage to, I think someone even said it was, Drum and Bass.


dpm: Do you and Tom share the same influences?

14th: We have a lot of cross influences, a lot of overlap and at the same time we do draw from slightly different places. So we’ve got different things that we are feeding into it. Even our roles in the band at time are slightly different. I do most of the singing and the people that have inspired me as vocalists are people like Erykah Badu and Lauryn Hill. Growing up in a time when it seemed every girl said she could sing and everyone was doing these R&B vocals and I had a more scratchy sound to my voice and I wasn’t sure where I fitted in.

Having a vocalist like Erykah Badu, who is the most amazing person to me. I have those types of influences and obviously Tom’s got some influences that are into how he wants to make the production sound. There’s defiantly an overlap with the dance, garage and 90’s R&B, which is where both of us are really coming from.

14th: We work a bit of both, so we do some jam sessions where Tom will be tinkering with something and we will sit together to get a vibe. Another way that will work really well for us is if Tom starts half way through a track and sends it to me. Then I’ll sit with it and start writing, then come together after I’ve written some verses or a chorus. Then we kinda make up the understanding of where this song is going together. That’s how we work the best.

With Hide Yourself, when Tom first had the basic idea of the chords it came so quickly to us. It started off as a song that just had a melody and it just came. It just a really cool thing from an afternoon in Tom’s bedroom / little studio.

dpm: I got sent over your EP, which is a very enjoyable listen. There’s a lot of variety on there, was that the aim of the EP?

14th: Well we were a band for just over two years, but were living in like a vacuum. We had 'hide yourself' and wanted to make songs that complimented each other. We wanted to take you a little somewhere and with a 4-track EP you haven’t got too far to go.

The most different song is probably the 'millionaire remix', that is a remix of a song that we had written quite a long time ago. Tom had this idea to do a remix and we both loved it so much, even though I’d say it was in one direction more than a lot of the other stuff on the EP. There’s something about that remix we both really loved and wanted to have on the EP. The other songs aren’t going to sound like one song and I think the more people hear of us, the more they will get the 14th sound. 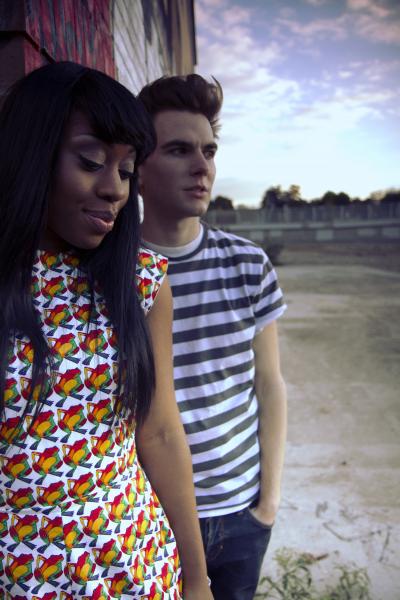 dpm: Will the EP be getting a traditional release?

14th: Yeah, that’s up for release on the 14th November, up on iTunes and all your other stores where you can get your digital music.

dpm: Clever time to release it on the 14th.

14th: Yes, it’s so funny that name. Sometimes we get emails where people get really confused. We thought we’d put it out on the 14th so no one gets confused.

dpm: Obviously you both are concentrating on the EP at the moment , but what is in the pipline for 14th for next year?

14th: Well, the thing about the EP with us is that it's done and dusted in terms of the creative process. So we haven’t quite drawn a line under it, but we are working on what we want to be a really strong solid body of work hopefully for next year. Working on what we want for the next single and how we are going to make that journey. We really want to put something out that makes sence. I’d hate to put something out just because we had 12 songs.

You've really got to make a record and I think especially now that if you get a great album, then that’s a big deal. For us that’s a big goal. We want to get out there a lot, we love performing live and want people to see us, to hear us. The next big push for us to getting that body of work together and getting out there even more, we have done a lot of gigs in London and we want to broadening it out.

dpm: Well, thank you very much for talking to me. Good luck with the EP and everything in the future.

14th: Ah, thank you so much for posting up our stuff because we’ve literally been silent to the rest of the world for quite a while.

dpm: It’s been a pleasure.

Below is the stream for their debut EP titled 'Hide Yourself'.