Toddla T - Take It Back feat. Shola Ama and J2K 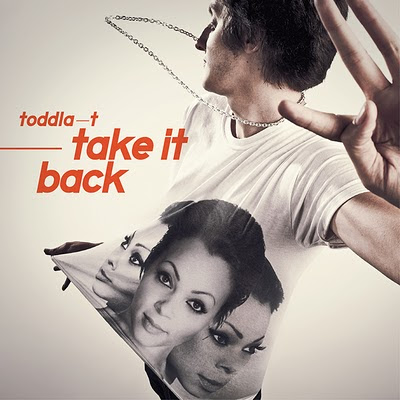 'The first single to be taken from Toddla T’s forthcoming new album is the brilliant, Soul II Soul-esque ‘Take it Back’ featuring Shola Ama and J2K.

Since the release of his debut in 2009, Toddla has been working non stop on his second album ‘Watch Me Dance’ (Aug 2011). He’s been busy writing and recording in Sheffield, London and Jamaica, slotting in sessions between his mind-numbing DJ schedule and Radio 1 DJ slots.

In ensuring ‘Watch Me Dance’ was everything Toddla envisaged it could be he’s carefully selected an impressive line up of friends, peers and musical icons to guest vocal, co-produce, remix, co-write with him on the album. Names including previous collaborator Roots Manuva, fellow DJ, producer and remixer Skream, Ms Dynamite, Ross Orton, Wayne Marshall, Donaeo, Roisin Murphy and of course Shola Ama.

Remixes of ‘Take It Back’ will come from The 2 Bears, Dillion Francis, D1, Des Demure and DJ Q. – completing the re-introduction to our boy Toddla as he prepares to stamp his mark all over summer 2011.'

Toddla T - Take It Back feat. Shola Ama and J2K

Toddla is back! Heard the preview clip, but now the full version is out.

Out Now on iTunes.