Kanye and Jay Album? Apparently it's only a matter of time.

This has been leaked as part of GOOD friday, where Ye is releasing a new track every week until his album is released. Turning free music into album sales... It worked for Drake.

Personally I think Nicki's verse is pretty nice, as always.

Just think, for about 80% of rappers this would be their 1st single and Ye is giving it away for free.

A JAY-Z FEATURE FOR FREE! 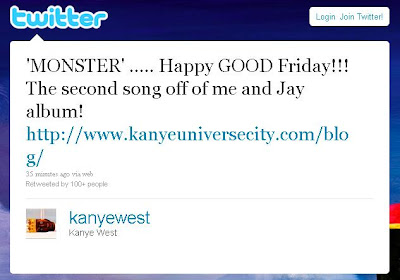